Mould spores are known allergens, their microscopic spores are often powdery and become airborne at the slightest disturbance.

These microscopic spores are then inhaled by humans and have been attributed (along with the dust mite) to being a trigger for asthma and allergies, dust allergy and hay fever.

During growth, fungal colonies can produce gases known as 'volites', which are musty mildew - like odours, which you may associate with damp basements.Exposure to these gases have been associated with a number of symptoms from headaches to nausea and fatigue.

What is mould growth ?

The three basic ingredients to start a colony of mould comprise of the following:

The vast majority of products used to build and furnish homes are made from organic materials. Fungal spores are microscopic and are present in any indoor or outdoor environment; they can easily enter any dwelling undetected.The main source of water for mould is from the air around it, so if relative humidity is high the mould will thrive.Therefore, to reduce the risk of mould growth in a property you must reduce the relative humidity.

Mould is a serious problem in the home and if you paint over the problem, it will only come back. 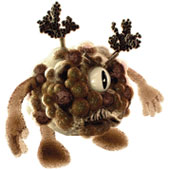 Fantech, the industry leader for 45 years and continues to be the forefront of fan and acoustics technology by developing and implementing new and innovative products for virtually every air movement and ventilation need.

Why should I install MVHR?

How efficient is the unit?

Can I do part of a house?

How do I get an estimate?